I admit: I know almost nothing about Ramadan, so upon our arrival in Sarajevo we bumped into the first restaurant that was offering some gorgeous food on display - you know, the home-made type that will make your mouth water. But when the waiter told us we have to wait a good half an hour till he can serve us food, some lights blinked in our heads and we asked with one brow raised, already knowing the answer though: "aaand can we get a beer, too?". The man smiled, almost on the brink of starting laughing out loud, but probably fearing not to hurt our feelings he kindly explained: "oh, no, I am so sorry, but, you see, this is a Bosnian - Muslim restaurant, we only serve soft drinks. If you like a beer, you cross the street to the pub, drink it, and come back here for food afterwards." And yes, his English was this good! 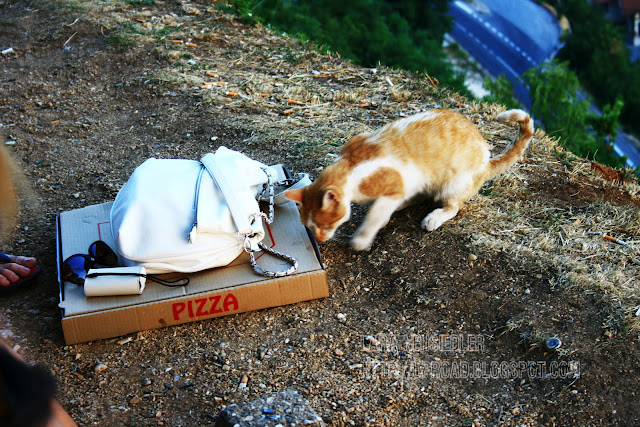 Half an hour later, while sipping a beer on some comfortable couches of an open air Irish pub (yes, indeed), we heard a boom! and all of a sudden hundreds of grills started burning and the smell of barbecue invaded the city.

A day later we were rambling around the city at dusk, purposeless, but yet focused, observing, photographing, acquiring memories. Wondering why such a violent war has plagued such a beautiful - and peaceful - city.
I don't actually remember how we got on that hill above the Baščaršija, but since it was in front of us we climbed it. Surprised, we discovered there quite a bunch of people, not all Muslims, you could definitely see that from the clothing of the ladies, but all carrying some food boxes of sorts, yet unopened. A TV crew was there as well, fussing around the man who was definitely the most important person on the spot, the master of this small improvised canon.

A cat and a dog were rambling around, the cat really cheeky, pushing its nose to open a pizza box and other bags of food, while people were explaining to him (yeah, a boy :)) ) that it's not time yet for the food. 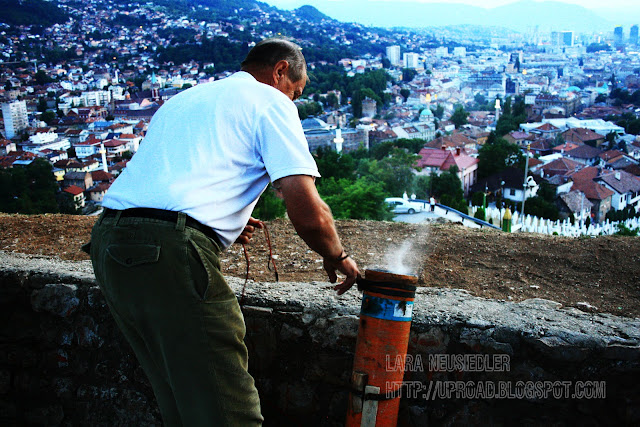 When the-most-important-man-of-the-hour started arranging his canon, we (as well as all the others) formed a semicircle around him. He pushed us back and we obeyed. A supreme authority he was! 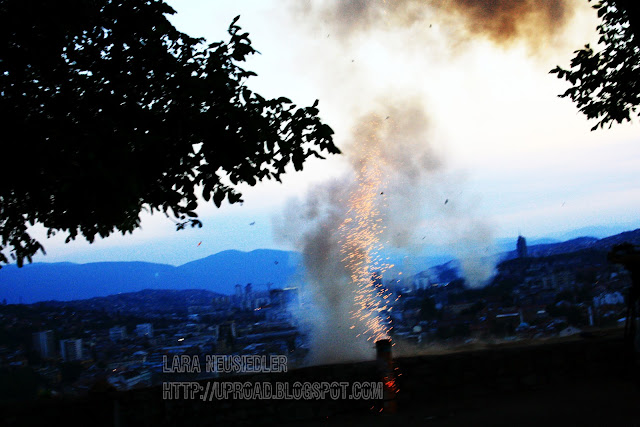 And then: BOOOM! It was time for Iftar! The cat got its share of food from everybody around. The dog too. And nobody minded the fact that the animals were a bit impatient. 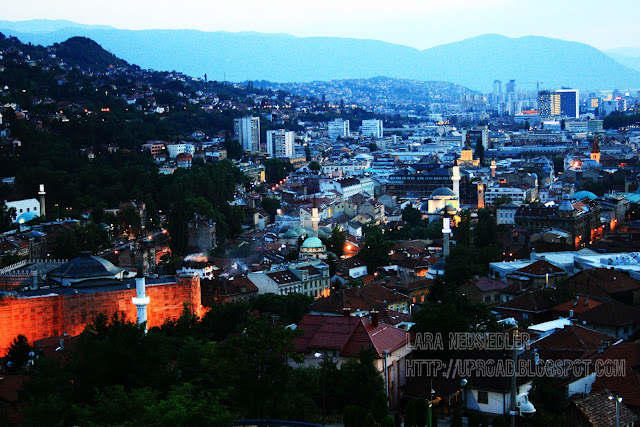 The city down the hill came to life, thousands of lights started their dance. Smoke from the many Cevabdzinicas in the valley added funny curly mustaches to the landscape.
In the dimming light I took one more picture of this couple. The photo is shaky, but the message is clear: may love watch over Sarajevo, as it did that July evening, on top of the hill! 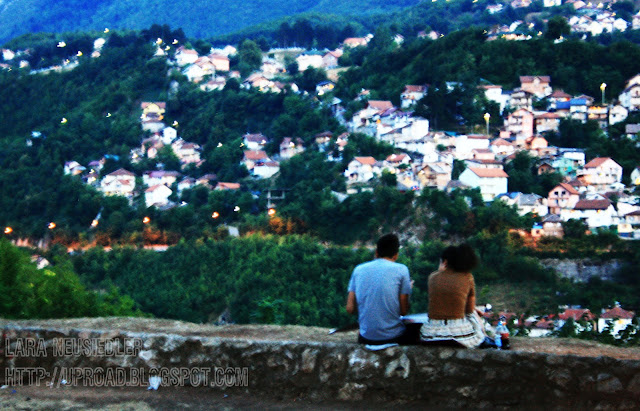 [G is from grateful. Part of the ABC Wednesday.]

Thanks for stopping by! Your comments are most appreciated!