I have no idea if I prefer a natural Christmas tree, or an artificial one. Slightly ecologist, I go for the artificial one, provided that they will re- use it last year. Hm, that I mentioned the word re- used, some people argue that they saw this year's Bucharest Christmas tree last year in Lisbon... Quintarantino, any clue? 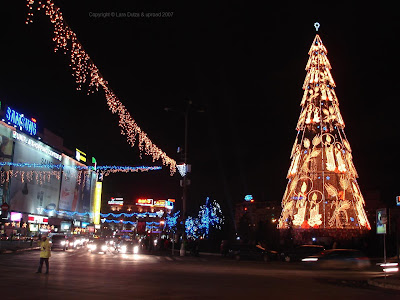 So much controversy for this tree... Some people argue it was too expensive. Also some say it is the tallest in Europe with its 76m, but some others argue it is few meters shorter...
Truth is that when its lights were turned on for the first time on the 1st of December, a huge crowd gathered: more than 100,000 people wanted to see the wonder. Resulting from this, huge chaos, traffic was blocked, not even the subway could swallow the tree-gazers, round 50 kids were lost in the crowd (lost and found later :) )... Na ja, what can I say? I am glad I wasn't there :). 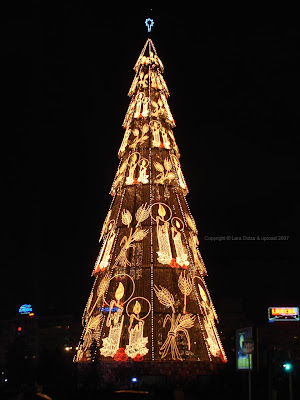 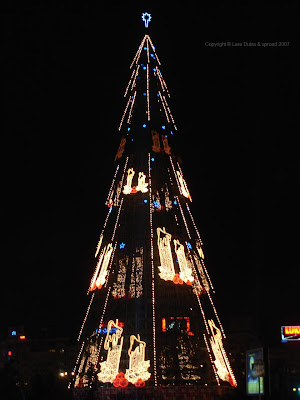 Have a great week everybody!
PS: The area where the tree is, is called Union Square (Piata Unirii). And aparently there was a whole bunch of policemen out in the streets that night (check out the previous post too :) )
Posted by Lara at 11:15 am

Thanks for stopping by! Your comments are most appreciated!